Anti-terrorism law in Britain of concern to educators 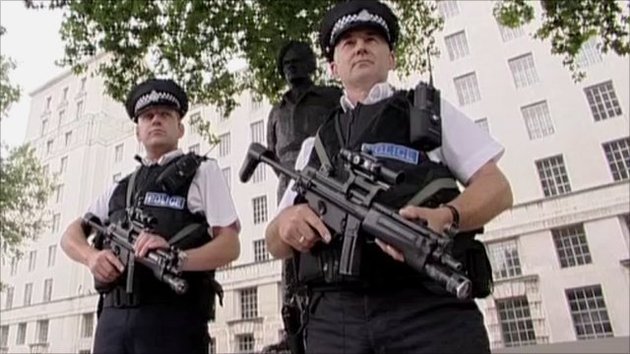 In the view of recent terror attacks in Europe, governments are faced with a security dilemma as threats from radical Islamists become more imminent. Terror plots are being foiled and anti-terror raids begin to escalate around Europe. As security springs to action, states endeavour to shape and reshape legislation to protect the lives and properties of its citizens from any terror attack but at what cost?

Like France and Denmark, where states have been involved in the most recent terror attacks, Britain also is on a high security alert. From the London 7/7 bombings, to the chilling murder of the British soldier Lee Rigby and the trial of 19-year old Brusthom Ziaman, who took inspiration from Rigby's murderer Michael Adebolajo, and is said to have plotted a similar attack; the reasons to worry about our security seem to be countless. Additionally the involvement of British Jihadists in cahoots with the murder machine of Islamic State (IS) and its widespread barbarism in Syria and Iraq jack up our security concerns.

It is estimated that around 250 British fighters have returned to UK from Syria and Iraq and only 30 of them have been arrested. Labour MP Khalid Mahmood told The Telegraph last year that 2,000 jihadists have travelled to Syria and Iraq from the UK. The BBC reported that since 2005 around 40 terror plots have been foiled. In response to the ever so increasing security threat, Home Secretary Theresa May proposed an Anti-Terrorism Bill in late November 2014 which has been given royal consent as the Counter-Terrorism and Security Act 2015 on 12th February 2015 and thereby been made law of the land.

The Act gives unprecedented power to the Home Office, police, and law enforcement agencies in the face of above mentioned imminent security threat to the UK. However, many rights groups and academics at British Universities are deeply concerned about the anti-terrorism law which curtails critical thinking, analytical methodology, and freedom of expression which the very law purports to defend.

In a nutshell, the Act demands that schools, colleges and universities should have an active role to help prevent people being radicalised. It also includes tighter aviation security, ban on insurance company for covering ransoms, bind firms to provide details to police about computer usage and mobile phone when required, statutory temporary exclusion orders to control return to the UK British citizens suspected of terrorist activity as well as changes to Terrorism Prevention and Investigation Measures (TPIMs).

The Act also provides more power to the government to compel universities to remove educational material deemed likely to radicalise thus putting academics, students, and curricula in the hands of Government.

Concerns for the new Act have sent shockwaves among students, teachers and members of the educational institutions whose educational freedom is in fact curtailed. In an open letter signed by a wide range of UK academics and published in The Guardian on 10th February 2015 the Counter-Terrorism and Security measures were branded as "an unlawful and unenforceable duty" placed on educational institutions and staff.

The impact the Terrorism Prevention and Investigation measures already had previously on education shows in various examples. In 2008 a student and a member of staff of the University of Nottingham were interrogated and arrested on terrorist charges for six days for downloading a publically available document concerning Al-Qaeda. In autumn 2014, Laura Clayson, President of a student union at Lancaster University, was also quizzed by the local police after she put two placards in her office window, one saying "Not for Shale" and other "End Israel Attack on Gaza". The subsequent, face to face police interrogation for committing a "public order offence" by hanging these posters left Ms Clayson shocked, intimidated, and perplexed. Fears of similar events to take place loom large among student and teachers alike.

Human rights groups such as Amnesty International dubbed the new law as "draconian" while the London based human rights group Liberty described it as "a chilling recipe of injustice and resentment which closes up the open society you seek to promote".

Dr Hywel Francis, Labour MP for Aberavon and Chair of the joint committee on human rights in the Parliament, also flagged the threat to academic freedom to The Guardian. He said: "As open and rigorous debate about ideas is itself one of the most powerful tools in the struggle against terrorism and the extremism which often breeds terrorism, this is surely counter-productive."

The Government's prevent definition of extremism is also blurred and couched in vagueness which cover the "vocal or active opposition of Fundamental British Values" which could brand non-violent ideas to be part of a terrorist ideology. The new Act provides no safeguards, no rights of appeal and no constraints on punishments for non-compliance. Oddly enough its only limit includes Members of Parliaments, the Judiciary, and the police who are exempt, thus contradicting the set goal of safeguarding the "fundamental British value" of equality before the law.

Critics believe that the Counter-Terrorism and Security Act can create the extremism it seeks to prevent by squashing open and public debate, the possibility of negotiation and the ability to sway people's opinion. The law may be applied unevenly and is ripe for abuse which would further target, isolate, single out, and stigmatise individuals and communities. It creates the very circumstances which often become the basis of any extremism. Young individuals would be left disillusioned and ghettoised and are more likely to be at risk to be drawn into terrorism. We can only combat terrorism when we include all members of society and not exclude them.

The concerns expressed by the critics of the Anti-Terrorism Act have been confirmed also by the official independent reviewer of British Terrorism Legislation, David Anderson QC. He highlighted the need of compulsory de-radicalization programmes and also pointed out that the government's proposal to force universities to ban extremist speakers would infringe upon academic freedom.

It goes without saying that academic freedom is the cornerstone of British education system and universities are spaces where opposing arguments are challenged, appreciated and taught both in classroom and campuses. This principle of academic freedom is enshrined in the Education Act 1986. However, this teaching methodology will no longer be a sought after educational tool, now that it is curtailed by the new law.

The pride of any civilised nation lies in the balance of security and liberty. The ultimate freedom of any citizens lies in the democratic, open and inclusive participation of its educational institutions, where knowledge and learning flows unrestricted, argued, debated and adopted in a free and unrestrained atmosphere unlike the freshly-established Counter-Terrorism and Security Act seeks to thrust upon.

Shahid Khan is the vice-chairperson of a Global Minorities Alliance, http://www.globalminorities.co.uk Glasgow, Scotland. He can be found tweeting @shahidshabaz

Face masks return for workers at some Michigan auto factories

SYDNEY, NSW, Australia - Stocks in Asia mostly sank on Thursday, following on from a rout on Wall Street overnight."There ...

LONDON, England: Israeli startup REE Automotive has announced that it will build an assembly plant for electric vehicles (EVs) in ...