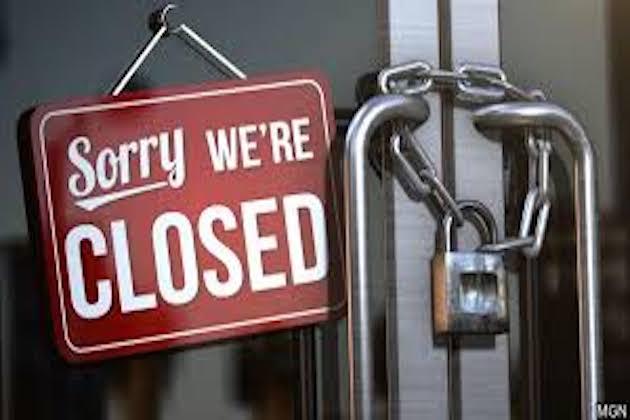 Commerce throughout the United States has started to slowly ease back to life, but 2.4 million more workers filed for unemployment compensation last week, the Labor Department reported Thursday, as the coronavirus pandemic continues to wreak havoc on the world's largest economy.

Over nine weeks now, 38.6 million jobless workers have filed for cash benefits, almost one of every four employees in the U.S. labor force of more than 164 million.

But the newest weekly total was the smallest number since businesses started shutting down by the thousands in mid-March as state governors issued mandatory closure orders on stores, businesses and event centers.

Now, the 50 state governors have started to ease those restrictions and allowed some businesses to reopen, albeit in a patch-work array of directives that varies widely from state to state.

Numerous states still require social distancing of at least two meters between people in stores and some major retail outlets are requiring their employees and customers to wear face masks. Some governors are limiting restaurants to half capacity.

But in other states, the restrictions have been significantly lifted and crowds have quickly emerged to resume life, shopping or enjoying a day at Atlantic and Pacific beaches as the U.S. heads to its first summer-time holiday, Memorial Day on this coming Monday.

The economic warnings are still bleak, however.

Federal Reserve Chair Jerome Powell and Treasury Secretary Steven Mnuchin warned at a congressional hearing this week that unemployment would remain high through June. But they expressed hope that the more than $2 trillion Congress and President Donald Trump have approved to assist businesses and most Americans will begin to boost the economy in the second half of the year.

Some economists, however, say the effect of the coronavirus will linger significantly in the U.S. economy, with the Congressional Budget Office predicting a still high 9.5% unemployment rate at the end of 2021.

In April, the official unemployment rate was 14.7%, but key Trump administration economic officials say it likely is higher and could approach 25% in the coming weeks. The government says the national economy dropped 4.8% in the first quarter, but that was before the full impact of the pandemic became apparent.

Trump has contended that Democrats want to see the American economy fail to bolster the chances of former Democratic Vice President Joe Biden to defeat him in the November presidential election.

"The less successful we are in reopening, the better they are, maybe for an election," the president said. "They would rather see our country fail, and you know what that means, because part of failure is death, than have me get elected."

Powell, head of the country's central bank, has warned that the American economy could endure a multi-year recession if more aid is not authorized for workers. He said that 40% of American households earning less than $40,000 a year lost jobs in March.

But Trump and Republican lawmakers are balking at approving more government assistance until it can be determined how much effect the already-approved funding is helping the economy.

U.S. workers filing for jobless benefits normally are paid slightly less than half their normal salaries. But these payments are currently being augmented during the pandemic with $600-a-week supplements from the federal government for four months, through July.

The peak of the unemployment benefit claims may have come in late March with 6.9 million workers filing for the jobless compensation.

The weekly pace of claims has diminished each of the last nine weeks since then, but the millions of claims have still been unparalleled over decades of U.S. economic history, reaching back to the Great Depression in the 1930s. The number of claims has far exceeded those made during the Great Recession in 2008.

Walmart to pay for employees' college tuition, cost of books

BENTONVILLE, Arkansas: Retailer Walmart, the largest private employer in the U.S., has announced it will cover the full cost of ...

NEW YORK, New York - U.S. stocks fell across the board on Friday with Amazon a stand-out for sellers. The ...

Amazon says it will not accept bitcoin for online payments

SEATTLE, Washington: Amazon.com denied media reports on July 26 that the company was considering accepting bitcoins as a form of ...

SANTA CLARA, California: Hoping to regain its lead by 2025 and catch up to rivals, such as Taiwan Semiconductor Manufacturing ...

SYDNEY, NSW, Australia - There was wholesale selling of stocks on Asian markets on Friday with the technology sector coming ...