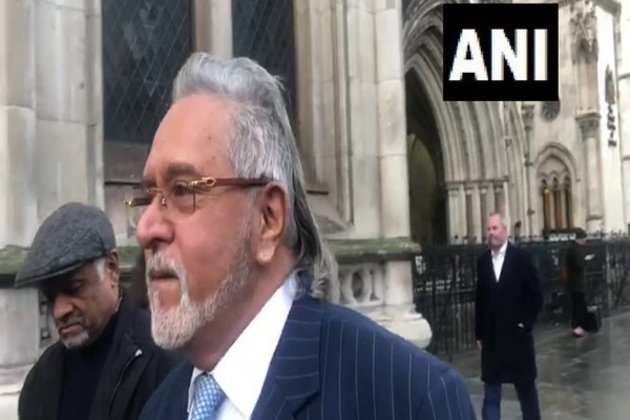 New Delhi [India], May 21 (ANI): The Government of India is in touch with the United Kingdom over the next step in the process of extraditing embattled liquor baron Vijay Mallya, who was recently refused permission to appeal to UK's highest court against a ruling to extradite him to face charges of defrauding a consortium of Indian banks of more than Rs 11,000 crore.

Government of India is in touch with UK side for the next step in Vijay Mallya's extradition process, sources said.

Earlier, sources had termed as a "positive step" Mallya losing his application to appeal in the UK's Supreme Court against his extradition. Mallya was on May 14 refused permission to appeal to UK's highest court against a ruling to extradite him.

The application was filed weeks after the High Court in London -- the UK's second-highest court -- dismissed Mallya's appeal against a lower court ruling that he should be sent to India to face charges of defrauding Indian banks relating to the collapse of Kingfisher Airlines in 2012.

In his appeal to the High Court, Mallya's lawyers had argued that the Indian government had failed to prove a prima facie case against their client and raised a number of issues with the decision made in 2018 by Judge Emma Arbuthnot at Westminster Magistrate's Court in London.

Meanwhile, Mallya has also urged the Central government to accept his offer to repay 100 per cent of his loan dues and close the case against him. (ANI)

WASHINGTON D.C.: In August, U.S. job openings fell by the highest level in nearly two and a half years, indicating ...

LONDON, England: After limiting the number of passenger departures since July to prevent long queues, baggage delays and flight cancellations, ...

GM out paces Toyota in third quarter sales by 80,000 cars

DETROIT, Michigan: Amidst concerns about a drop in car sales, statistics released this week reported that General Motors outsold Japanese ...