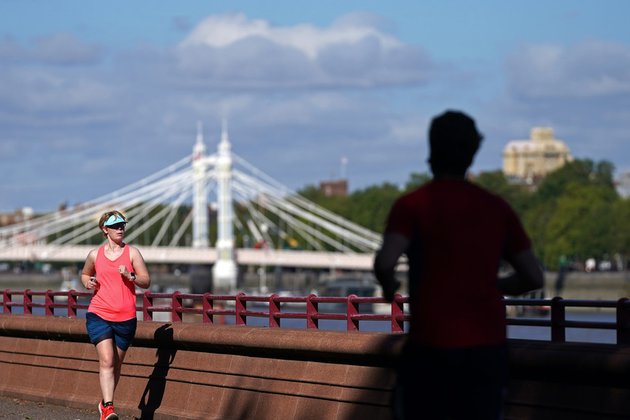 Londoners have been told to reduce any strenuous physical activity on Friday as pollution levels in the capital soar. The government's air pollution website had forecast the worst possible rating.

On Friday, the Department for Environment, Food and Rural Affairs (DEFRA) ranked London's air pollution as eight out of 10 on its index. DEFRA had forecast a "very high" pollution level, ranked 10 out of 10, but revised it down on Friday morning.

The rating of eight out of 10, considered "high," still comes with a health warning: "Anyone experiencing discomfort such as sore eyes, cough or sore throat should consider reducing activity, particularly outdoors," the government website states.

DEFRA also calls on older people and those with breathing difficulties to reduce physical exertion.

The poor air quality has been linked to an area of high pressure covering western Europe, and a lack of wind, meaning that emissions and other pollutants are not being blown away.

Simon Birkett, founder and director of Clean Air in London, claimed that residents in the capital were "literally stewing in their own juice with our own fumes trapped in still air for days."

"It is a stark reminder of how much we need to reduce building emissions as well as traffic emissions. Please do not burn wood on Friday," he added.

Open source data suggests that aircraft have been rerouted around the capital on Friday.

Earlier this week, London Mayor Sadiq Khan said that the city was facing a crisis of "filthy air and gridlocked roads" and demanded that car use be reduced.