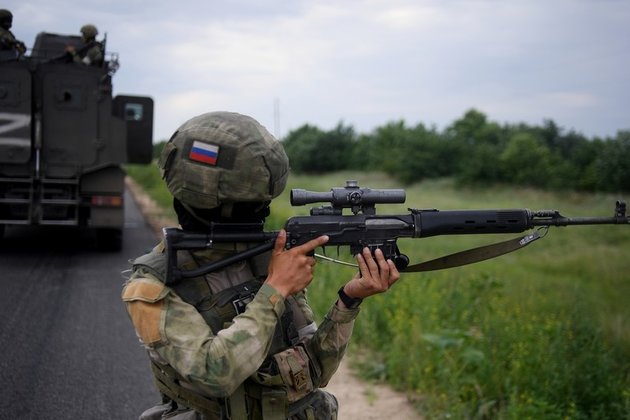 Victory for Moscow, a war between Russia and the West, and a return to pre-February 24 lines are all viable scenarios, the veteran US politician says

Former US Secretary of State Henry Kissinger, who recently turned 99, has shared his thoughts on how the ongoing conflict between Russia and Ukraine could end.

"There are three possible outcomes to this war - all three of them are still to some extent open," Kissinger said in his interview with The Spectator magazine.

The first scenario would be "if Russia stays where it is now, it will have conquered 20% of Ukraine and most of the Donbass, the industrial and agricultural main area, and a strip of land along the Black Sea."

If this happens it would be "a victory" for Moscow that'll also show that "the role of NATO will not have been as decisive as earlier thought," the veteran politician pointed out.

The second possible outcome "is an attempt is made to drive Russia out of the territory it acquired before this war, including Crimea, and then the issue of a war with Russia itself will arise if the war continues," Kissinger warned.

"The third outcome... is if the Free People can keep Russia from achieving any military conquests and if the battleline returns to the position where the war started, then the current aggression will have been visibly defeated," he said.

This would see Ukraine rebuilt the way it was before the Russian military operation started on February 24 and rearmed by NATO, "if not [made] part of it," the former secretary of state suggested.

"The remaining issues could be left to a negotiation. It would be a situation which is frozen for a while," but the deadlock would be overcome with time, he assured.

According to Kissinger, this "third outcome" is the same that he sketched out during his video-address to the World Economic Forum (WEF) in Davos in May.

In the speech that made international headlines, he insisted that "negotiations on peace [in Ukraine] need to begin in the next two months," otherwise the conflict could turn from "a war about the freedom of Ukraine, which had been undertaken with great cohesion by NATO," into a "war against Russia itself."

The ideal outcome of those talks would be a "return to the status quo ante," the veteran politician added.

The proposal angered many in Ukraine, with President Volodymyr Zelensky saying that Kissenger "emerges from the deep past and says that a piece of Ukraine should be given to Russia" in order to appease Moscow. He suggested that the former secretary of state forgot that it was 2022 and thought that he was talking to an audience in Munich in 1938.

The latter was a reference to the Munich Agreement, which saw the UK, France and Italy agreeing to cede a part of Czechoslovakia to Nazi Germany in a vain attempt to avoid a major conflict on the continent. World War II started the next year.

Kissenger's name also appeared on the infamous Mirotvorets ('Peacemaker') website, which hosts a publicly searchable database of whom its authors believe to be the enemies of Ukraine. He was branded "an accomplice in the crimes of the Russian authorities against Ukraine and its citizens."

The veteran politician told The Spectator that "the purpose of the Davos statement was to point out that the issue of war aims needed to be faced before the momentum of war made it politically unmanageable."

As for Zelensky's criticism, "in his most recent statements he has essentially accepted what I outlined in Davos," Kissinger insisted.

SYDNEY, NSW, Australia - Stocks in China were flat to lower on Tuesday as investors weighed up the disappointing economic ...